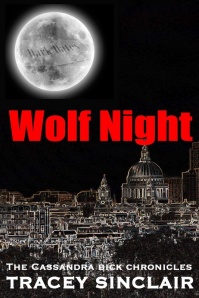 Right, people. Dark Dates 3 is on the cards but life events have caught up with me so I’m not as far along as I’d hoped to be. So I thought it would be fun over the next few weeks to share some ‘character scenes’ that I have been working on. These are short drabbles that just set scenes, get me back into the characters’ mind sets, and, basically, are super fun to write. They may end up in the final book in some form, they may not. I’ve avoided anything super spoilery, but inevitably there may be minor spoilers if you haven’t read the first two books, and some things may make less sense out of context of the new book. It’s not a final version so there might be the odd bit that needs tweaking, so please forgive any errors. But anyway, I thought those people who have been asking for some more Cass/Laclos/Cain action might enjoy…

“So,” Laclos tilted his head at Cain, who looked like he knew what was coming and was already unhappy about it. That was a look I knew well, having had plenty of these conversations with him myself. “You have been alive forever? Literally forever? Are you some sort of Where’s Wally popping up throughout time? Will I see the mark of your heavily booted clumsy footsteps in major historical events?”
Cain shrugged.
“It’s hard to know what’s going to turn into a major historical event when you’re in the middle of it.”
“Well, I imagine your presence, burner, is often the deciding factor.”
Cain scowled at that – and the barb clearly hidden in it – but said nothing.
“Oh!” Laclos exclaimed, clapping his hands like a child, clearly delighted equally by this game and how uncomfortable it made Cain. “Were you in Ancient Greece? Lots of wars and political upheaval, that sounds exactly like your metier. May I enquire if you partook in some of their more… infamous relationship practices while you were there?” As Cain pointedly ignored that, Laclos cheerfully ignored his lack of reaction and rattled on, brightly. “Oh, though I can see Sparta being far more suited to your personality. Why, hunter, I can just imagine you turning up and scolding the 300 for their soft ways and over luxuriant lifestyle.”
Cain was still scowling, but also – possibly from long experience of fielding such queries from me – looked like he realised if he said nothing, this wouldn’t ever stop.
“Spent some time in Troy,” he admitted, finally, each word sounding dragged out of him.
“Marvellous! Was Helen the delight they say? I was always curious.”
Cain shrugged, again.
“Never saw her, never got past the gates. I was outside with the army. There were some vampires using the siege as cover to prey on soldiers, I was there to take them out.”
“Achilles, then? I did hear splendid things and I believe we could have had quite the encounter.”
“Well, he was as much of a vain, preening prick as you are, so you probably would have got along,” Cain replied, though his tone was less hostile than his words, and Laclos looked utterly unoffended. “But as I recall he was fairly spoken for so I’m pretty sure you’d be out of luck.” Cain’s expression softened, suddenly reflective. “I liked Patroclus, actually, his terrible taste in lovers aside. Decent guy. Did a nice job of stitching me up when I got an arrow through the forearm.” He glanced down at his arm, as if expecting to see the scar, but his face hardened as he remembered his scars were all gone, now, all but those terrible first two. I was so distracted by this – by the shadow of pain that realisation brought to his face – that it took me a while to cotton on to was What Wrong With This Picture.
“Hang on, wait… Troy is a legend,” I protested, as the penny finally dropped. “It never happened, it’s just a poem. Achilles was some sort of a demi-god. It’s all just made up.”
Laclos quirked an eyebrow in amusement at me.
“Said the Sensitive to the vampire and the angel, my love.”
Oh. I guess he had a point there.
Laclos turned back to Cain with a suspiciously bright smile.
“I shall limit myself to one more question, then, as I can feel your fists start to twitch from here and I do rather have first-hand experience of how short your patience is. But I have always wondered, and would imagine you are well placed to know…”
“I’m not answering any questions about God or heaven or hell, vampire,” Cain interrupted wearily, with a pointed look at me. Like I was supposed to never ask?
“As if I care of such concepts!” Laclos scoffed. “No, what I am curious to know is… how shall I put it… I think the modern vernacular best suits the question…” He paused. “What I’d quite like to know is, was Jesus hot?”
To Laclos’ astonishment, Cain didn’t answer: he let out a small groan of frustration and put his forehead to the table, as if resisting the urge to hit his head repeatedly off the wooden surface until we all just went away. I couldn’t help but reach out and pat the back of his neck, gently, in sympathy. I frowned at Laclos, who looked fairly perturbed by this reaction.
“Yeah, he really hates questions like that. Trust me.”

You can buy Dark Dates or Wolf Night on Amazon for Kindle.