Welcome to Dark Dates! Tell us a little about your website  – what sort of things do you write about, and what was the inspiration behind starting it?

I’d always written, and had spent several years when my children were very young blogging about broadband and TV and earning money from commission on any sales. The problem was I didn’t find it that interesting and when you’re trying to find a few hours here and there to write a blog post, you need to be writing about something you love or you’ll never do it. I’d started getting back into a films again and was writing reviews and putting them on my personal Facebook page. Lots of people said they liked them so I decided to set up a film reviews website.

Does it just cover films, or do you write about other subjects?

Image: Girl on The Train

Your reviews are hilarious – are you sometimes secretly pleased a film is terrible? Is it easier to be funny about a bad film than a good one?

Ha thank you! I love appreciative feedback. Writing a funny review about a really good comedy is hard. I don’t just want to quote other funny people in my reviews (though I do use the odd quote if it fits). I remember watching Black Sheep which is a very funny film set in New Zealand about killer sheep. It was one of my first reviews and I wasn’t sure how to tackle it so I just filled the review with sheep puns.

Luckily or unluckily there aren’t that many really great comedies around, in fact one of my bugbears is the number of 3-star comedies (particularly British ones) that there are. A lot of them need to be a bit tighter with more gags, and fewer famous pals having a great time on set.

With terrible films, yes, it’s easy to be funny about them though it can feel like kicking a kitten (not that I’ve ever kicked a kitten. And nor would I). And often films that are considered terrible from the first reviews still have something to recommend them. I watched Movie 43 which is commonly held to be one of the worst films ever made. It’s a series of linked sketches and they managed to get really big stars for it – Hugh Jackman, Kate Winslet, Gerard Butler, Emma Stone, Richard Gere and loads more. Some of the sketches are awful (Richard Gere’s, about a Mp3 player called an iBabe which is in the form of – who would have thought – a full sized naked woman, is vile, misogynistic trash) but a couple of the other sketches are ok. So not the worst film ever made but still pretty dismal.

And some films are such easy targets – Gods of Egypt which came out last year rightly got a pasting for whitewashing (nearly all the gods of Egypt are white), and the film itself is daft, but it’s quite a laugh. I actually titled one of my end of year lists “Worst Films of 2016 But Not Including Gods Of Egypt As It’s Suffered Enough”.

How long do you typically spend writing in a week, and is that easy to fit in around other commitments?

I pretty much do it whenever I get a chance, because I really really love it. I try to get to the cinema twice a week, once during the day with a mum friend from school who drives us to a lovely cinema with those seats you get at the hairdressers where your feet are almost over your ears; and once in the evening to our local Picturehouse cinema with friends. Occasionally the local cinema does films I can fit in before school pick up, but usually they don’t quite work, timings-wise. I go to those ones on my own usually, which I love! I write at night, far too late, and during the mornings. I have been known to write an article on my phone while cooking the boys’ tea, or while sitting on my youngest’s bed while he drops off to sleep.

The problem with working from home is that it’s easy to think when you have children that they are at school for the day but then you’re having to stop what you’re writing and dash off at 2.45 to pick them up. It’s better to think of it as a slightly extended half-day and plan accordingly.

How creative is your job?

Writing reviews is creative, and articles (which are great fun as I have a lot more leeway). But other tasks are less so – I need to create short links, cut down the copy for Facebook (as I want to encourage people to click through to my website), and even shorter for Instagram (as the word count per caption is strict). Some articles need some research. If I put a trailer on Instagram I’ll probably have to cut it down as there’s a minute limit. I’ve got a lookalikes section on my site that does well and if I see a picture of a famous person which looks like another actor or actress I might then spend quite a while looking online for the corresponding picture in my head, if you see what I mean. My John Wick Christmas cake was particularly creative and very funny to make, although it did lead to my rather bemused 4 year old saying “Mummy who’s that man on our cake?” Coming up with the lines on the memes – which I do for all the reviews – can be easy but it is much harder if I’m tired, I’ve realised. But any creative job has non-creative bits.

Also just writing regularly again has been so helpful to me personally. You probably know yourself that if you’re not writing you can easily end up feeling depressed, and I really think that since starting cautionspoilers.com it has given me back a purpose after years of looking after small children (lovely though they are. Usually).

What has been the biggest surprise?

I’ve really enjoyed the social media aside, which I didn’t know much about before, barring Facebook. My film Facebook page is starting to get comments and suggestions for films to review from regulars which is lovely. I’ve also been surprised how popular reviews of older films are – people often hold films in great affection and want to talk about them, or suggest films like them that I could review.

What advice would you have for anyone else interested in starting up a blog?

The main thing is to think about what you want to do and what your USP is (in my case why would someone read a review on my site and not a big magazine site? I hope because they find my writing funny). Then just get it started and keep up adding content. I’ve tried to make mine look like a professional website with its own URL and I call it a website rather than a blog, as I want it to punch above its weight. But it’s really easy to set up a WordPress or other blogging platform site in a few minutes and plenty of good bloggers use them. It really is all about getting it up there – and not worrying if it isn’t perfect straight away! Also get on Twitter, Instagram and Facebook and use them to drive traffic to your blog and to get your name and face known. If you can I’d suggest setting them up with your blog name as a handle if it works, unless you’ve got hundreds or thousands of followers already on your personal accounts (it is quite difficult to get people to move to your new feed I found). But yes just start it!

I really want to grow Caution Spoilers this year. I’ve done an interview with a rookie stuntman that brought me a lot of traffic (and was really interesting to do – he was a fantastic interviewee) and I have another one with a very experienced stunt woman in the works –  I’d love to get more behind the scenes articles like that. Plus of course some big name actors and directors if I can find them! I’d like to be well known enough to get invited to press screenings too, partly for networking, and partly to see films earlier. I’d also love to go on a film set for a day, either as an observer or an extra, and write about that. I’m also going to start a podcast, though I’m refusing to listen to anyone else’s in case it affects mine so it may turn into the world’s oddest film podcast.

Now the really important question: if you were in a building being held up by terrorists, who would you rather save you? Bruce Willis, Gerald Butler, Keanu Reeves or Christian Bale?

Ha that would be like the worst ever day and best ever day rolled into one wouldn’t it. I’d imagine they’d all be fighting each other for the honour, but if I had to choose then It would have to Gerry or Keanu. I know Keanu does almost all his own John Wick stunts, so he’d actually be able to save me properly and then carry me off somewhere. Plus he is a man of few words and I can talk for two. Gerard Butler is very muscly so would be useful though I’m not sure how many of his own stunts he does. It would be as shame to pick him then find out on the day that he’s actually all fur coat and no knickers. Christian Bale seems rather a grump and Bruce never really did it for me. So Keanu it is. Lucky man! Will you tell him or shall I? Obviously I’d expect to be taken out for dinner afterwards and I would still look amazing despite my ordeal. 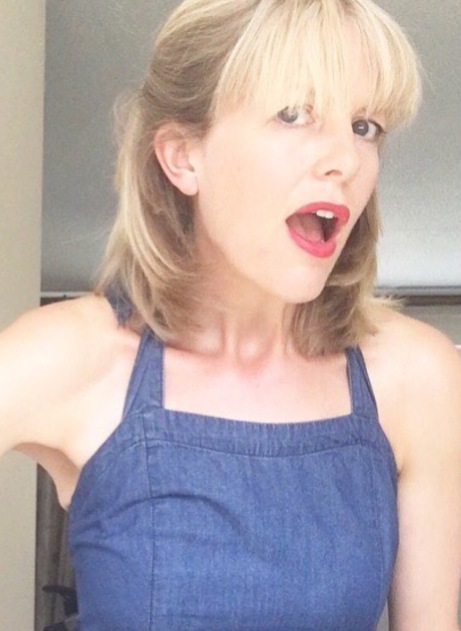 Interested? Check out Caution Spoilers at the links below:

www.cautionspoilers.com (you can also sign up for Sarah’s film newsletter here)