Ah, 2016 – what a brutal beast of a year. Like many people I am still reeling from the seemingly non-stop onslaught of horrors that has been the past 12 months – but books, at least, have provided a consistent solace and distraction. I managed to put a couple of my own out (and was delighted by the reception to both Angel Falls and A Vampire in New York and Other Stories) which has kept me busy, and have also turned to other people’s – both writers who are familiar to me and those that aren’t. So though it’s a little early, I thought I would share my top reads of 2016.

[Note: these are books I have read in 2016 – thank you, Goodreads, without whom I would be lost – so not necessarily published this year]. 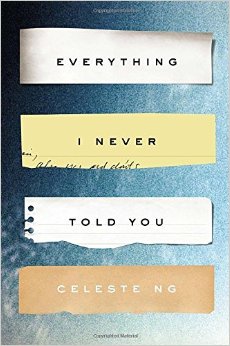 Best contemporary fiction: No competition for this one: my absolute standout of the year is Celeste Ng’s exquisitely crafted Everything I Never Told You. This is one of those books that takes a while to get under your skin then simply doesn’t shift – the kind you find yourself pressing onto friends (I have recommended this to a lot of people this year, and they have always come back to me glad I did). Even though it’s set in the 70s, its unflinching but tender look at race, gender and sexuality feels even more timely now. If you only read one book on this list, read this.

Best crime/thriller (standalone): There were a whole load of ‘do not finishes’ in this list this year, and maybe I’m getting too good at predicting twists, but few of the books I did read gripped me as much as I wanted them to. I enjoyed Alex Marwood’s Darkest Secret (albeit slightly less than The Wicked Girls – which in fairness I really loved, so would be hard to match) – the ‘big twist’ at the end was too telegraphed for my taste, but there were other shocks along the way, making it a rewarding read; and Black Eyed Susans by Julia Heaberlin was a compelling, post-Gillian Flynn take on the serial killer let down by a big final reveal that stretched credulity. New to the crime game, Cass Green (who also writes YA as Caroline Green) delivered a nicely twisty tale in The Woman Next Door, which took some familiar-seeming tropes (sad old bitter spinster – why, yes, hello there) in pleasingly unpredictable directions. 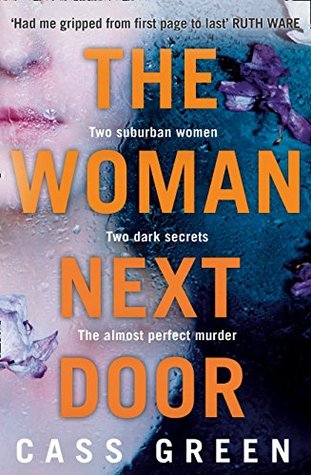 Best crime/thriller (series): I returned to a lot of old favourites this year, with both Ian Rankin and Lee Child continuing to deliver dependably enjoyable additions to the Rebus and Reacher series respectively, and SJ Parris providing one of the strongest chapters yet in the Giordano Bruno series. But this prize goes to John Connolly, whose Charlie Parker books I devoured in a rush at the start of the year and then got all my friends to read.

Best non-fiction: This was probably the toughest category as I read a lot of great non-fiction this year – Juliet Nicholson’s A House Full of Daughters and Jill Lepore’s Secret History of Wonder Woman being strong contenders. But my winner would be Charlotte Higgins’ thoughtful and measured bio of the BBC, This New Noise. 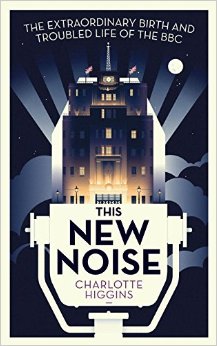 Best non-fiction: (autobiography/memoir/travel/essays): Another tough category, as I read a lot of this category this year. My top books were Amanda Palmer’s inspirational Art of Asking, Stuart Maconie’s delightful northern travelogue Pies and Prejudice, and, coming at feminism from slightly different but compelling angles, Rebecca Solnit’s Men Explain Things to Me and Lindy West’s Shrill.

Best paranormal/fantasy: While I liked Sarah Porter’s Vassa in The Night for its quirky take on an old folktale, my stand out this year was Jim Butcher’s Skin Game, a fan-pleasing addition to the Dresden files. 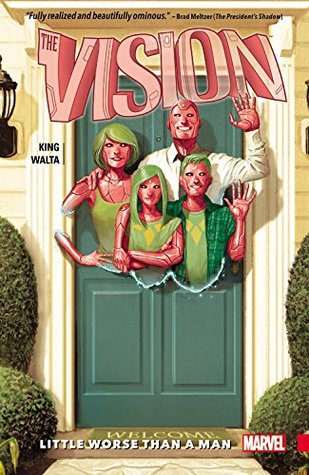 Best graphic novel: This was a real mixed bag for me this year, with some titles a real disappointment (Wicked and Divine: Commercial Suicide – a let-down after a so-far spectacular run – the post-Fraction run on Hawkeye, the Scarlet Widow: Witches’ Road, a slightly patchy Midnighter). But I’ve also been pleasantly surprised: Saga continues to be one of the most original books out there, WicDiv 4 looks like a return to form, and the Vision: Little Worse Than a Man was probably my breakout book of the year – sinister and scalpel sharp writing.

So what about you?