I am alone in a hotel room, bleeding, and I’m pretty sure I’ve just made the worst mistake of my life.

OK, that’s a bit melodramatic, but I’m a writer. I love a killer opening line. But the truth is, this time last year, there were plenty of moments that felt just like that. Because a year ago today, I got on a train and came home. 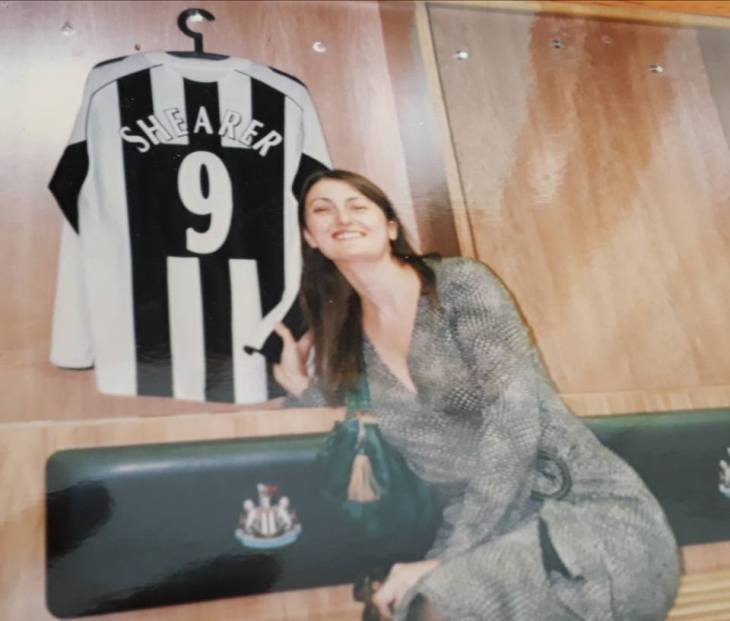 It hadn’t been a long-planned exodus. None of mine ever are: I’m bad at plenty of things in my life, but making major decisions on the fly oddly isn’t one of them. (Ask me to pick a restaurant, mind, and we’ll both be here all day). But a combination of circumstances meant I had become increasingly weary of Brighton life – a rent increase on a small, storage-free flat that was already at the top end of my budget and was increasingly falling into disrepair, since in a property market as cut-throat and competitive as Brighton there was little incentive to maintain it; the grind of trying to earn money in an expensive city; the loneliness of living somewhere you only know a handful of people and never entirely feel at home.

I knew I wanted to move, and that it made sense to move North – to Glasgow, or Newcastle, which would both be cheaper and where I already had a network of friends, albeit ones I mostly hadn’t seen much in the five years I’d lived in Brighton. It was fate, family and an intervention from Sting that made me plump for the latter, which I guess isn’t something everyone can say. But a trip in the spring to review the Sting-penned musical The Last Ship at Northern Stage had reignited something in me – a love of local theatre, a connection to not just the show but the audience that I hadn’t felt in a long time. When an invite to a family party brought me back to the city a mere week later and reminded me that, wow, I actually really like most of my family – even if we hadn’t seen each other in years – it seemed like a sign, and I took it. Newcastle it was.

Three months later, that plan was a reality, and I wasn’t sure I was happy about it. I didn’t have anywhere to live, and some of the accommodation I had counted on had fallen through (a friend’s spare room had suddenly become unavailable: I tried not to take that as an omen), so I was spending more time and money in hotels than I had planned on, depleting my meagre funds. My body had taken the exact moment of my move to plunge into what I now realise was perimenopause, and gift me with periods so heavy and so constant that leaving my room for more than an hour was an exercise in risk, and so I was traipsing round looking at flats with the unhappy, sodden knowledge my knickers looked like the lift scene from The Shining.

My friends and family were happy to see me, sure – and most of them went out of their way to be helpful and welcoming – but, not unreasonably, they still had lives and commitments of their own, and moving back to a city where your company will be on tap is a very different experience than just coming back for a weekend every few years, when everyone is motivated to make time to see you.

Even when I found a flat – in a neighbourhood not far from where I grew up, but a far cry from the trendy surroundings I had envisioned myself living in – my doubts persisted. I remember vividly the first weekend I moved in. I wandered around the neighbourhood and it was so different to where I lived in Brighton that I came home and cried. There would be no more popping out for coffee in the morning to the cute little French patisserie, no browsing in the bookshop only minutes away, not even a late-night trip to the Co-op or the off-licence. There was nothing but a questionable pub and a Metro stop. I felt like I might as well have moved to the moon.

I also worried that I had picked the Worst Possible Time to move. Exciting things seemed to be happening in London theatre – Emilia was playing to rave reviews at the Globe, tapping into a real and widespread craving for feminist inclusivity. The success of Misty and Nine Night were shaking up preconceptions about the whiteness of the theatre scene: showcasing both black talent and the hunger for seeing it on stage. Had I left just as things had got interesting? Traded the chance to be really part of something for a bigger flat and some fitted wardrobes?

But then, some strange things started to happen. A happy confluence of circumstances meant I was commissioned to write not one but two articles on the local theatre scene: these got a little traction, and suddenly I was getting invites to meet people for coffee, to talk about what was happening in Newcastle. Sure, I felt like a total fraud sitting down with the AD of an Actual Theatre – I was constantly waiting for them to say ‘oh, you’re not who I thought you were, this has been a huge mistake, please leave immediately’ – but I was also surprised by how welcoming everyone was. Not just the people with an incentive to speak to me – the PRs and the like – but across the board. In just a few weeks, I found I’d made, if not friends, then certainly enough acquaintances that I always found someone to talk to at a show.

And more than that: there was none of that isolation I had often felt in both London and Brighton, where I felt disconnected from the mostly middle-class Southern audiences. I was surrounded by My People: I regularly struck up conversations with total strangers who just happened to be sitting next to me, or who I was standing near in the bar, and so it rarely felt I was going out alone. And the theatre scene itself offered so many of those things I had thought I’d only see in London: political plays, plays by working class artists, by artists of colour, plays that addressed the world I lived in, that the audience lived in, that weren’t set in the aspic of some middle-class living room. I’d been looking to the other end of the country for a revolution that was happening on my own front door. 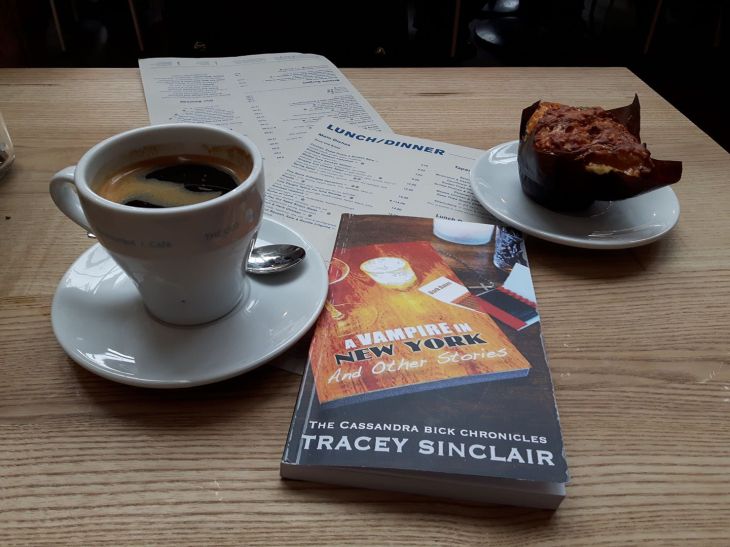 I found that once I relaxed into the rhythm of being back, so many things fell into place, and even more unexpected things happened. I reconnected with my family and friends – my cousin lives around the corner from me, now, and I spend every Sunday night at her place, drinking beer and sharing our stories of the week, a routine that is luxurious in its very mundanity. Even more wonderfully, people who had been absent from my life for decades now came back into it: friends I had lost touch with in the days before Facebook and Google, now once again part of my life.

A lower cost of living made a difference almost at once. Not crippled by rent, I found I could travel more – London trips and shows that had been out of my budget when I lived a mere hour away were suddenly, if not an everyday option, an affordable treat. I’ve been to Scotland 3 times already, allowing me to spend time rekindling relationships I had long let fall into neglect. I rediscovered my love of going to gigs, and poetry readings, and exhibitions – all the things I had often felt too exhausted or too broke to do before. The vibrancy of Newcastle’s arts scene injected some long-needed enthusiasm into my own creative work – yes, yes, I know I’m still behind on the next book, but I managed a whole load of other stuff.

I had more space, and I realised just how much that changes how you live and work and operate as a creative artist. In Brighton I lived in a one bedroom flat with no cupboards: I spent my time looking at everything I own. Here – for literally half the cost – I have three bedrooms, and fitted wardrobes, and the luxury of working in a different room from the one I live in, of being able to shut the door on my job.

Sure, I miss the sea and I miss the coffee shops and I miss, sometimes, feeling part of the cosmopolitan and vibrant London or Brighton scenes. Newcastle isn’t perfect – it has a ways to go before it matches either of those places for inclusivity and diversity (though it’s improved on both those fronts since I lived here last). But I like not feeling like an outsider every time I open my mouth. I like not feeling like the weird, loud, working-class Northerner in a room full of Southern polished poshos, who will never understand what austerity really means, that a fiver can be a lot of money, that it’s totally correct to be outraged by being charged £7.50 for a glass of wine, because you can buy a whole bottle of that for 7 quid in the shops. (Not that everywhere in the South is rich, of course, but the circles I moved in – theatre and the arts and the law and the City – tended to attract the upper middle classes and the wealthy. And it’s not that everyone in the North is poor: most of my friends here are way better off than me, and live in houses that my Southern friends could only dream of. But to grow up in the North is to understand poverty, to be its neighbour, and therefore to think ‘there but for the Grace of God’ in a way that too often I don’t see in the South.)

I have let down my guard here, in a way I didn’t think was possible – because in truth I had been so guarded for so long I didn’t notice it anymore. But being surrounded by friends who have known me for decades means it’s foolish to pretend to be anyone else. Being accepted for who I am means I don’t have to. And so I have found to my surprise that moving home has been one long exhalation, letting out a breath I didn’t realise I was holding. I had forgotten what it feels like to belong, and I am discovering that I like it.

[This post also appears on the blog I started when I moved back, Prodigal Geordie, should you want to follow my adventures]

Newcastle-based rom-com with a dash of Northern charm: The Bridesmaid Blues