I never really thought I’d come home. It wasn’t in the long-term plan – I have no long-term plans – or part of some well-thought out strategy. Like pretty much every other major decision I have ever made, it was the same combination of part-whim, part over-reaction to circumstances that has shaped so much of my life.

Bit bored of Newcastle? There’s that bloke in Sheffield who’s happy to have you move in. Glasgow tenement too cold? Move to London! London rent too high? Give Brighton a try! Windows in the Brighton flat buggered? Back to Newcastle it is, then! It’s not what you could call strategic, but it’s certainly a pattern, and one I can’t feel sorry about, as it’s led me into some adventures and experiences that planning could never deliver.

But in a way, this latest move is significant not just because it wasn’t planned for, but because for years, I actively resisted the very idea of it. I moved down south two decades ago, even if it was less to seek my fortune than to escape a ground-floor flat in Glasgow that was so glacial I had to wear gloves to type. I had thought about London before, but it seemed so big, so far away, so much an anathema to my Northern soul, that I’d never really considered it until a bad break up and a year of sleeping under three duvets to stay warm suddenly made it a more appealing prospect. I answered an advert on a whim and, when I got the job, felt obligated to at least give it a go – little realising it was to be a job that would shape my career for the next 20 years, and lead me to the business I now run.

Oh, but I loved London – for all its flaws, I love it still – and for years, I couldn’t envision living anywhere else. But as my forties started to loom, the difference in my circumstances and that of my friends started to bite. Sure, we were all broke and muddling along together in our 20s and early 30s, but it doesn’t take long in a city like London to start feeling the pinch of inequality: friends mysteriously buying flats way beyond their income and grudgingly admitting to “a little help” from their parents, an inheritance from grandma, the salary of a wealthy spouse. Single, with long-dead grandparents and a parental bank that could barely stretch to a good night out never mind the deposit on a flat, I was starting to feel outpaced.

Back home, it was actually worse. Low property prices meant that friends no better off than me but smart enough to buy young were not just settled, but heading into mortgage-free forties, a middle age of foreign holidays and nice cars. Looking at the friends and family up North – some of whom were much younger than me – I was astonished by how grown up everyone seemed, how infantalised my life of landlords and loans and the constant hustle for gigs was in comparison. But at least I’m here, I thought. At least I went for it, even if I’m not entirely sure what ‘it’ actually is. That counts for something, right?

And so Not Moving Back became a talisman of its own. As long as I was ‘away’, I was still striving, maybe even thriving. I could still “make it”, or at least do a passable impression of having done so. It’s easy to paint your life as glamourous at a long-distance: hey, look at me at my gallery openings and eating canapes and drinking champagne at the top of the Gherkin and mingling with the stars at some West End press night. Look at me in my Georgian sea front flat with its balcony and high ceilings and gorgeous views. I mean, don’t look too close, or you’ll see the duct tape on the windows and the sky-high debt and the constant, exhausting hustle for work. But step back and everything is shiny.

(My mum, bless her, remained convinced till the end of her life that I was earning far, far more money than I let on, because she had this vague idea about ‘London life’ and London wages and because many of my jobs were far bigger on glamorous perks than they were on income. And so she would regularly drop heavy-handed hints about my perceived stinginess: “if only somebody would buy me a new washing machine!”. “If someone gave me five thousand pounds, that would solve so many of my problems.” Me too, mum. Me too.)

If distance was the only success I had attained, wouldn’t moving back be failure? I’d always thought if I came home it would be triumphantly – a best-selling author, an award-winning playwright, bringing back all that London money and retiring to my 5-bed mansion on the coast that I bought with the sale of a one-bed in Streatham. Up close, my glittering life would be revealed as the cheap bauble it really was, and compared to the actual adults with sorted, grown-up lives I would be surrounded by, I wouldn’t seem free-spirited and bold, just flaky and kinda broke.

In the end, of course, none of that mattered. I made the decision as I always have: pretty much off the cuff. Driven by a sense of disconnection with the city I lived in, and the sure-fire knowledge I couldn’t face another winter of single-glazing and duct-taped windows and working with a hot water bottle tucked under my knees, I made the move anyway. And, astonishingly, all of my friends and family haven’t spent all their time analysing and judging my life – I know, right? – because they are too busy with their own.

If a few people are puzzled that I am renting rather than buying (the estate agents were openly baffled that someone of my age and relative solvency wasn’t in the property market, especially when they heard I had been living down south) and that my life is not awash with the riches I earned in the Big Smoke, they have been mostly too polite to comment. I still have moments when I feel like a flaky kidult in a land of People Who Have Their Shit Together, but maybe that’s the artist’s lot. Or maybe that’s just me, and it’s always going to be so. Either way, I’m realising I’m sort of fine with it. And I’m discovering that in releasing all those notions of what a ‘triumphant return’ would have looked like, those externally-imposed definitions of failure or success, I’ve allowed myself to reconnect with people – and with my city – in a more honest, authentic and nourishing way. I didn’t have to earn my return with riches or acclaim: I just had to decide it was time.

Recently a friend, when I was bemoaning my precarious income and utter lack of savings in contrast to his nice secure job and his ringfenced cushy pension, cut short my complaints. “Well, you chose this, Tracey. And you keep choosing it.” And I realised he was right. My ship may just be a little tugboat chuntering up the Tyne rather than a sleek mega-yacht cruising Mediterranean seas, but at least I am still the captain. And I’m finding I like the view.

[Note: you can follow my Newcastle adventures on my Prodigal Geordie blog]. 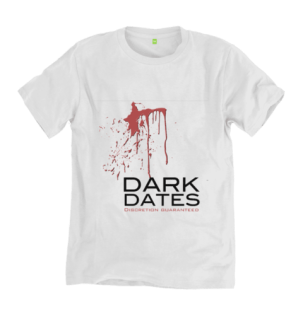 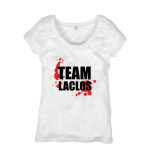 One thought on “A sort of homecoming”