So, as some of you will know, I am in the process of moving back to Newcastle right now (see my new blog, Prodigal Geordie, for updates). It’s been an interesting, if not always easy process, and one that has thrown up some emotional issues.

Is it an admission of failure – that I can’t hack it in down south, and am coming back to lick my wounds? Is it a sign that I have frittered away my life when everyone else was busy building theirs? I’m moving back to a city where literally everyone I know owns their own place, has a good job and a pension, and I am still schlepping about in rented accommodation, scrabbling from commission to commission to fill the gaps in my schedule. My business more than keeps me afloat, but I am all too aware that it wouldn’t take much to capsize it, that I am only a bad couple of months away from penury. In London, I often felt unsuccessful next to people who were pursuing creative careers much younger than me, often with impressive results, but at least many of them were in the same state as I was: rented flats, hustling for gigs. Here, it’s easy to feel like my career choices are often a cause for bafflement, my lifestyle an oddity that is tolerated with bemusement rather than understood.

But I am also excited about the move. About connecting to an arts scene that feels rooted in its community and values working class voices. About seeing my family and friends more than once every two years. About the warmth of the people, the comfort of being surrounded by those who have known you most of your life, to whom you have absolutely nothing to prove. And, yes, About not paying a grand a month for a one-bedroom flat that has duct tape on the windows, and eats up all of my earnings. And as part of this, I want to change not just where I live, but how.

Part of this is owning up to my successes more. I’ve had multiple conversations recently about with lovely friends who express their bafflement over my tendency to belittle my talents, minimise my achievements. I’ve written before on my struggle to claim the title ‘writer’, even 8 books and literally hundreds of paid, published articles into a 30-year career. It’s following my bliss – or at least my curiosity – more, taking gigs because I want them. Doing stuff like the Prodigal Geordie blog not just because I need to, but because it seems like a fun thing to do. The decades-long grind of working-to-pay-rent has given me tunnel vision (can I afford to take time off to work on my book? Can I write that article on spec instead of doing stuff I know I will get paid for?). But the truth is some of the best and most rewarding creative things I do, I don’t do for money – some of the posts I have written on here, that have got me emails from around the world, messages from people who felt moved by what I had written. I LOVE my books, they fill me with delight and are enormous fun (if occasionally hard work) to write, but if I was living off the royalties, I’d be out on the streets.

It’s also about acknowledging my shortcomings, and doing what I can to address them. I do not do well at asking for help. Self-reliance and hard-work are the touchstones of my family, and even when presented time and time again with the generosity of others, I struggle to accept it. I know I have to stop seeing needing it as failure, but instead, as simply part of the human exchange. It’s not that no one is an island, it’s that no one should want to be.

So, in part, setting up the Ko-fi account is part of the same experiment that has me taking barre classes, taking on new commissions, trying out new places, writing a new blog. It’s stretching myself, and seeing what happens. It’s doing something that might bring the disapproval of others (‘she’s ASKING FOR MONEY? What the very hell?’) and risking it anyway, in the hope that that will make me braver as a person, as an artist. If I can cope with you all thinking I am a needy, money-grabbing bitch, then maybe it won’t matter if you don’t like my play, or think that story is weird, or that blog post too personal. And if I get a few quid out of it, as well, then that’s a nice little bonus.

Anyway, should you want to, check it out here.

If you want some actual swag for your cash, remember I would be delighted if you bought one of my books, or bags or tees. 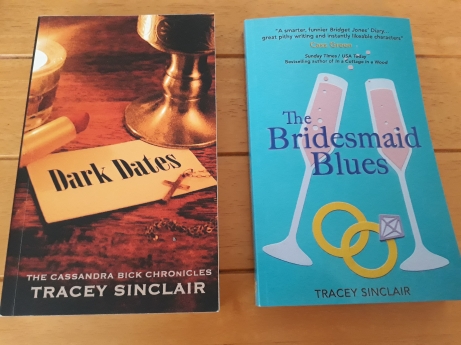 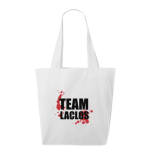