I feel like I have blogged a lot about mental health this year – in no small part because the world has seemed to be making a concerted effort to make us all anxiety-ridden wrecks. But also because I hope that, in continuing to talk about it, I am helping, even in a tiny way, to chip away at the stigma around admitting that, y’know, sometimes, not everything is OK, and it’s fine to admit that.

This has been on my mind a lot today because this weekend is Suicide Prevention Day. I’m not going to talk about suicide – I don’t feel qualified to – except that to say if you need help, do get some: there are resources aplenty out there, and it’s not weak or shameful to admit you need them. But I will talk about two key issues of mental health that we still often shy from: loneliness and the related (but not identical) feeling of being disconnected.

I think about both of these things a lot, because my life is generally very solitary. I live alone, I work alone, I’m single and without siblings, living parents, a partner or kids, so I’m probably a more extreme case than most, but I suspect the issues that I face aren’t particularly unique to me. And you don’t need to be single, or alone, to be lonely – and in a world where most of us are constantly online, it’s surprisingly easy to feel disconnected.

I recently read Olivia Laing’s excellent memoir The Lonely City: Adventures in the Art of Being Alone

and it had plenty to say about loneliness – one of the most striking points being that people tend to dismiss others’ loneliness not because, as it may sometimes seem, they are insensitive gits, but that loneliness is a tricky emotion: no matter how long you are lonely, once you are not, you tend to erase the fact that you ever were. It’s like the pain of childbirth (so I’m told!): your mind wipes what it felt like, simply to allow you to get on with your life.

It doesn’t help that we are almost never simply allowed to be lonely. I have plenty of unhappily single friends who feel they can’t ever talk about this, no matter how low they get; they can’t ever post anything online saying how they feel because they instantly face a deluge of well-meaning friends who rush in with platitudes: ‘you’ll meet someone soon!’ (Um: you might not). ‘But you’re so lovely, you’re bound to find love’ (Being ‘lovely’ hasn’t got me anywhere so far, but, gee, thanks).

You get so sick of people trying to fix you – or, worse, assure you that nothing is actually wrong, you just need, I don’t know, a holiday or a massage or to try internet dating – you simply stop talking about it. So something you are already sad and maybe embarrassed about becomes even more internalised, where it can fester and become cripplingly toxic. Loneliness can hollow out your bones, and make the world feel hostile and loveless (in fact, because people shy away from it, it can actually make the world more hostile and loveless), but maybe a first step to fixing that is just letting it be what it is. Maybe if we lived in a culture where you were allowed to say ‘I’m lonely and I feel crap about it’ and people just said ‘I’m sorry, that must suck’ or ‘OK, I’m sorry to hear that, is there anything I can do?’ it wouldn’t feel quite so isolating.

‘Disconnectedness’ isn’t quite the same as loneliness, I don’t think, but it quite often lives in the same house. It’s a sense that you aren’t quite tied to the world, and I think it’s fostered rather than ameliorated by our relentless connection to social media: life passes you in a constant stream where your friends’ major life events are presented on a par with the latest political scandal or ecological catastrophe or a comedy clip about goats. It’s the sense that when everything matters, nothing matters, and so, really, do you matter? Or are you just bobbing about aimlessly in the stream, unnoticed and unregarded, and if you weren’t here something else would simply bob about in your place? 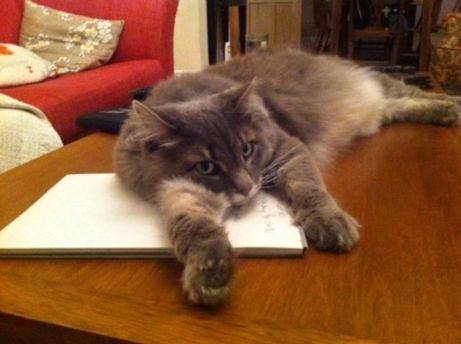 I’ve felt this acutely since my mother died – I feel like the rope that tied me to the world has gone, and without it – without one single person for whom I am a priority, or one person who is mine – there are only threads, and sometimes the constant effort of stitching myself into place so I don’t come adrift is simply exhausting. (I often think I am so invested in my writing because my books feel like a unique and tangible connection to the world, when I can’t summon anything else).

I think, like loneliness, there is no easy cure for disconnectedness, but there are similar redresses for both. One is simply honesty: let’s allow ourselves to be open about how we feel, whether it’s anxious, lonely, depressed or just a bit sad – and when others do so, let them. Don’t offer a solution unless they ask for one: doing so can reinforce the idea they are something that needs fixing, a problem to be solved, or, most damaging of all, a burden.

The other thing is: don’t be afraid to reach out to other people. If you’re struggling, you might have to be smart in who you reach out to – some people are better than others at dealing with problems, and the wrong person can make you feel worse. But there will be someone who can listen, and who can help – even if that person is a professional. There’s nothing wrong with needing more assistance than a lay person can give. We wouldn’t set our own bones if they were broken, so why are we so insistent that we must try to fix our own heads?

And whether you are lonely or disconnected or not – make a small effort to reach out to someone in your circle on a regular basis. I’ve written before that I think the biggest barrier to kindness is not that we are intrinsically uncaring, but that we are embarrassed about the risk involved in any act of kindness – that we will seem presumptuous, or we will be rebuffed. But it doesn’t take much to make someone feel better, and the risk is almost always minimal. How much really does it cost to post a dumb meme on a friend’s Facebook page, to email them with an article you think they might like, to message them for no other reason than it’s been ages and yes, sorry, you know you’re a terrible friend but hey, you still actually like them and are pleased they are alive?

(Spoiler: you’re not a terrible friend. Everyone is busy, everyone has their own shit to deal with, and sometimes that’s all you can deal with. But the easiest way to let a friendship slide is to think all contact has to be substantive, or meaningful, or they’ll be mad at you for not being in touch, or it’s only worth speaking to them if you can make time to see them. That mother of young twins you haven’t spoken to in a year might not, realistically, be able to fit you into her schedule till the kids are at preschool, but you sending her a quick line to say ‘hi and here’s a picture of Thor with his shirt off’ might be the one thing that reminds her she’s a grown-up who once had adult friends she could spend time with and might one day have a social life again, and that alone might help them get through a difficult day).

It’s a tough old world out there, folks, and it’s only getting tougher. Let’s all try to help one another out. 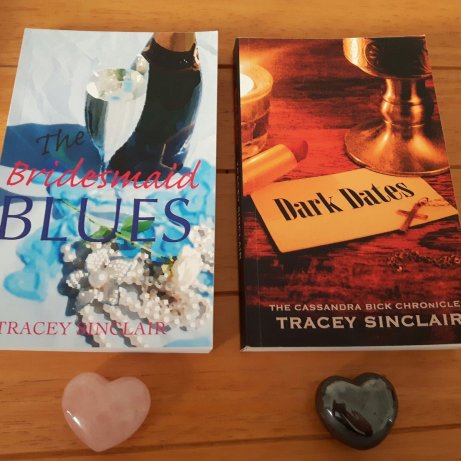