My books, so far, have been roughly divided into standalone novels and a series – and while both have their pitfalls and pleasures, there is something special about writing a series. You get to expand a world you created for characters you love, and take readers along with you. So far I have now written 2 novels and 3 short stories in my Dark Dates series, with two other stories in the draft stage, and a third book (slowly!) underway. So here are some of the things I learned about writing the next in a series – I hope you find them helpful!

The same, but different: Unless the conceit of your books is that you are writing many stories in the same universe, a la Terry Pratchett’s Discworld, you’re basically working with the same characters, often in the same – or a similar – setting. That’s what your readers are interested in, after all, and while those characters should develop and grow and face new challenges – there’s nothing more boring than reading a sequel that is basically the same book, rewritten – you need to make sure you’re true to the original text. As someone who reads a lot of series, I know this from my own experience: abrupt character transformations will leave your readers furious and betrayed. Don’t spend a whole novel setting up characters only to throw that work away for the sake of a plot device in the next installment. 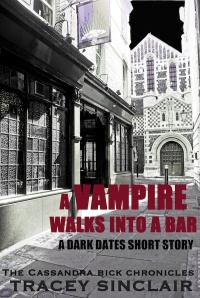 Know what to listen to, when to ignore: Some writers never read reviews, and it’s arguable that those writers are happier and more well-adjusted than I am. But indie authors especially should pay attention to the reviews – but, equally, learn to tread the fine line between taking on board valid criticism and tying yourself in knots seeking to please every single reader. As an indie author, where you lack the quality control and feedback from an agent, editor and publisher, it can be helpful to note what people are saying about your work and see if any of the criticism is accurate and highlights mistakes that could be fixed. Some of this may be purely technical and easily fixed – did your work have typos in it? Was it poorly formatted? Some may be a little harder to hear, but something you need to work on – was the plot a little mundane? Could your story have been better structured? Are your female characters sexist? Your male characters one-dimensional? Have you perhaps been a little slapdash in using stereotypes around race, gender or sexuality when you should be more nuanced? But you also need to know what to ignore. There will always be people who don’t like your work, and often for reasons that have nothing to do with you at all. The trick is to learn the difference.

Build a strong beta team: Really, I can’t stress enough the importance of a support team, including a handful of readers who will give you constructive comments on your early (and sometimes your final) drafts. This is especially important when writing a sequel, because you know the characters so well – at this stage they may have been living in your head for a couple of years – it’s easy to assume that everyone else is intimately familiar with them and has fresh memories of what happened in Book 1. One of the key pieces of feedback I got from my readers was that, in a crucial scene, I was making too much of an assumption about what people would remember from the first book and I really needed to spell it out more, since funnily enough, readers have more important things on their mind than recalling minor plot details from a book they read a year ago. Ideally at least one of your team should have a good eye for continuity and be able to say ‘hang on a minute…’

But other than that? Just keep on writing and have fun with it!